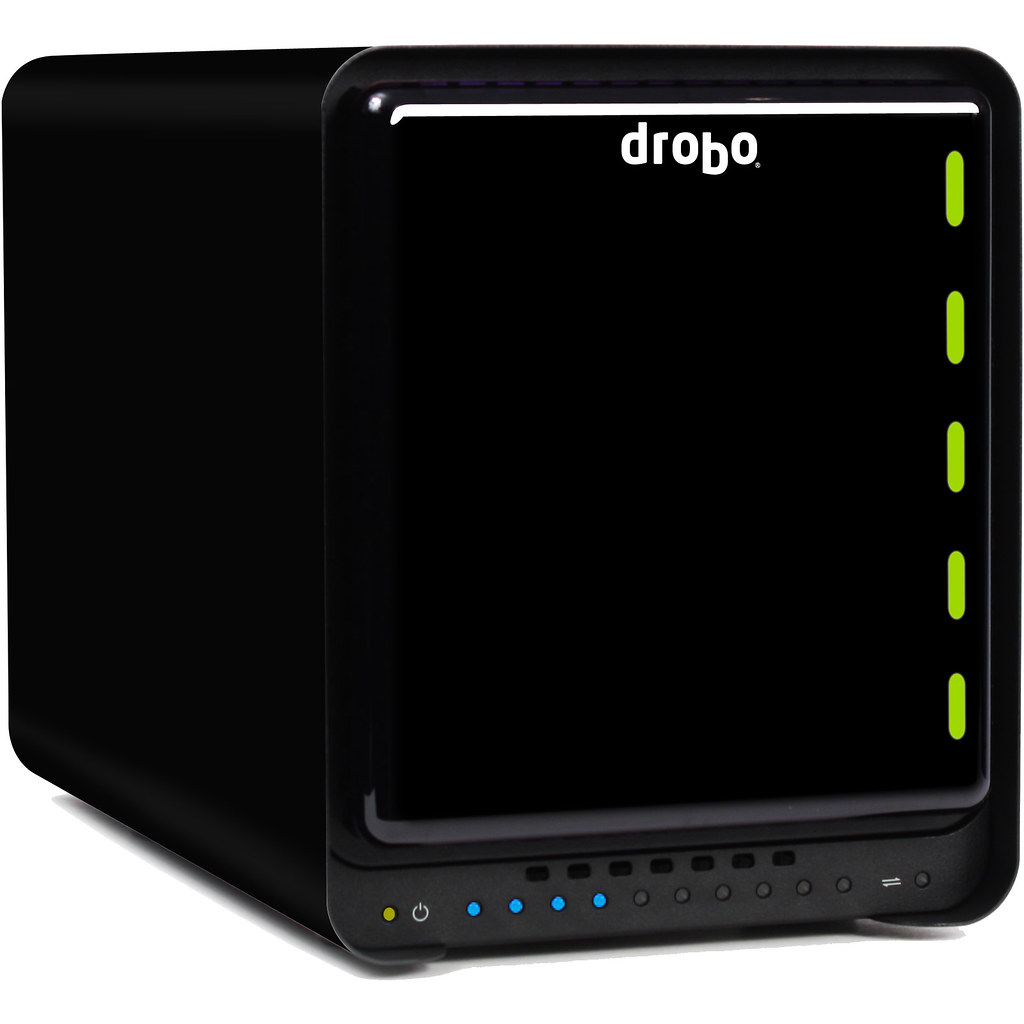 I only have one laptop upgraded to Lion; the rest are Snow Leopard. Hopefully Drobo will catch enough flak that they fix this. I have to imagine a good chunk of their business comes from customers using their gear to backup via Time Machine. What I see is that the firmware 1. But the problem only occurs with Time Machine Shares.

With the normal shares it works fine. Even with AFP. So I made a new empty share, with TM activated, and it mounted in a second! Then I go to my drobo in the finder, open the TM share that is empty, and then go to TM preferences and select the new disk. This way it was doing the backup quite fast. But I wanted to try to reuse my previous one! So I just select the disk, in TM preferences, then while it says I have seconds before backup I went into a terminal window and connected to my drobo.

Now my backup is mounting the share, and it took time but I know from the past the my big backup 1. Are you mounting it via Dashboard for Finder. Do you have it mounted using smb or afp? I got a Drobo satisfaction survey on Saturday and had to enter mostly negatives due solely to this issue.

No go at all. Are there any other good software alternatives out there that others are using with Drobo FS in lieu of Time Machine? I had originally done a clean install of Lion with the MacBook, installed the new firmware and Dashboard, and ran a Time Machine backup with absolutely no issues.

I have the problem, and I have a Brother networked laser printer. Do you think there is some connection?


Is there a reason you think the printer is significant? More of the same, here. Estimate: 2 days to backup G. Getting a much more respectable estimate of 5 hours to backup G. When calling in for support for the compatibility issues with Lion, both times when I told the tech my OS was Lion, he became very condescending and impatient.

Has anyone tried to bring these failing interactions to the attention of someone at Drobo that actually cares about quality of service with customers and positively representing the company? Just yesterday night, Auto-Update prompted me to update to 1. I have to manually switch it off. Why did auto-update prompt me to update, if there is so much problems with v1. They really should have blocked auto-update for this problematic version, or at least offer further info on the update before you commit to it. The speed kicks way up for transfers.

Not a permanent solution, but for general file-server stuff like your media files, etc. Hi, so glad in a worrying kind of way that others have had sme problems as me where after upgrading my DroboFS to version 1.

I reverted to firmware version 1. I am still using Dashboard 3. When my backup-scripts run even my Lion OS keeps freezing. My system has become useless.

I had to shut down the Drobo FS to keep using my iMac. When I start up the drobo, and it is connected to the network my iMac behaves strange or even freezes. This disappoints me: On the support site from Drobo they keep telling that everything will work when you use the new firmware an dashboard software. So, thats where you start to investigate you own system and network. This could have saved a lot of us very much time! Thanks to this blog I stopped looking for the problem on my other hardware.

I hope Drobo gets it fixed soon so I can use it again. I do pretty large Time Machine backups on multiple machines in the 2TB range. On one of my machines it says it will complete in days over Gigabit Ethernet. I may be asking too much out of this Drobo FS. I was doing a search for other solutions when I came across this post. After the update and no longer being able to connect to the existing Time Machine, I abandoned it and now rsync backups.

In the meantime, has anyone just direct connected their DroboFS until this is fixed? It was definitely a file locking issue. Did everything suggested in the article and things kept hanging. Out of pure desperation I decided to try to downgrade the firmware as described at the bottom of the post.

It seems to have worked.

As soon as the DroboFS rebooted with the 1. In the time it took for me to write this post TM has already mounted the disk, scanned for changes and is MB into the backup. Same problems here…. With the last firmware update my time machine backups are working again.

Seriously, September 20th and still they have not sorted this out. Very poor for a company that offers a high end product like this. Customer service reps have been nice enough to deal with but three months to fix a major issue like this is testing my patiences. The only thing that is workable, is smb mounting.


Firmware 1. I have a Drobo S and upgraded to Lion. Everything worked fine in Snow Leopard worked. I use the Drobo Dashboard the latest and only use Drobo Copy for important data from my master hard drive. It no longer worked under Lion. Drobo of course makes no mention of this anywhere that I can find.

Their ted-support here in the Netherlands was aware of the problem and said it would be fixed in the next Drobo Dashboard release. I have waited and waited and today got the following email. Seems that the simple solution for Drobo is to drop the copy option since it no longer works. Too bad the Drobo has no competition. With the new up coming Dashboardversion we decided that the DroboCopy Option will be not longer aviable. So we would kindly ask you to use another Back Up utility.

Such as Time Machine included in the OS. Hi, I have detected the Finder freeze or slowdown problem after Firmware updates have not solved really the problem.

But I am sure that Drobo needs to improve seriously the firmware to get back performances. I just wanted to follow this thread. Did you ever get this issue resolved? Just causes my finder to crawl, backups never complete, etc. Too bad the problem still seems unresolved. The timemachine backups to a DroboFS takes forever. In theory the Raidsystem is perfect, but the actually performance is no where near what you would expect.

The same goes for things like wake-on-lan support and such. The drobo apps, even though a nice idea, are extremely difficult to get working, and basically offer things that should have been supported out of the box by a NAS. Like this: Like Loading Crazy… Seems to me like there is no test team … these issues should have been found prior to release. Same issue here. All connected on hard wired gigabit ethernet switch ports. Click on My Support Account on the left 3. Click on Questions 4. Click on the subject description to the left of this Incident 5.

When all lights on Drobo FS go out, including power light, proceed to next step. Hope this helps.

Thanks for the update. Just to clarify, is it working in Lion also with the old firmware? Does Drobo not have phone support? 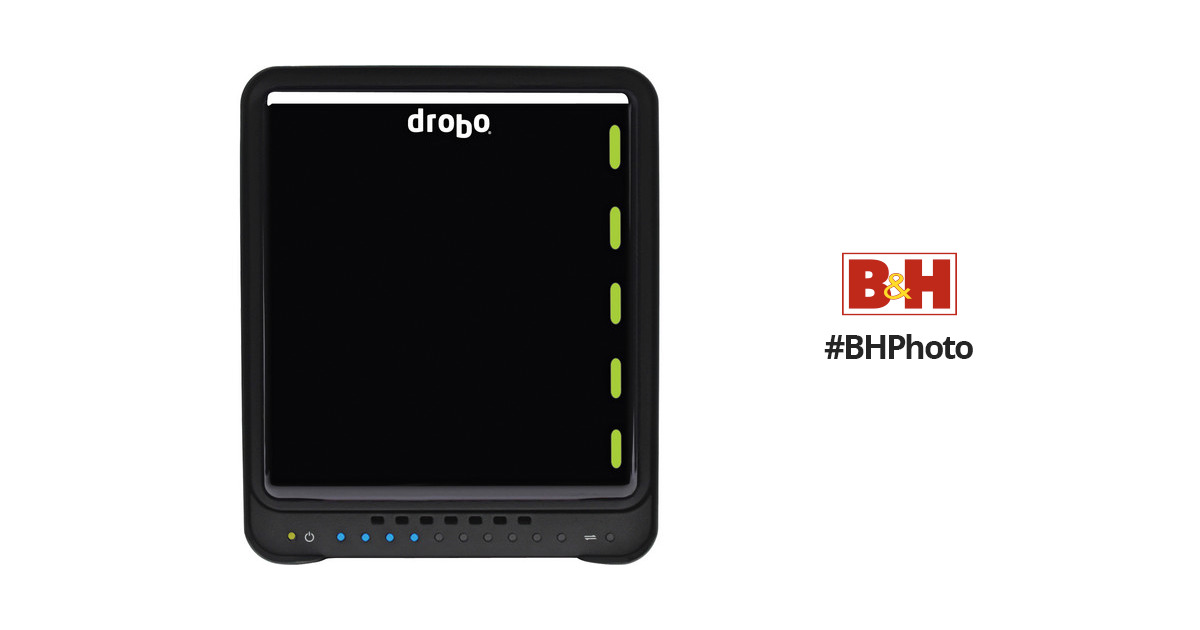 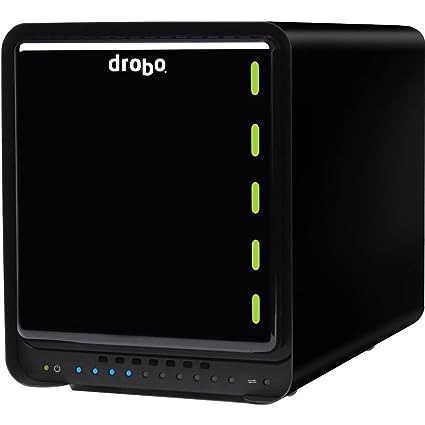 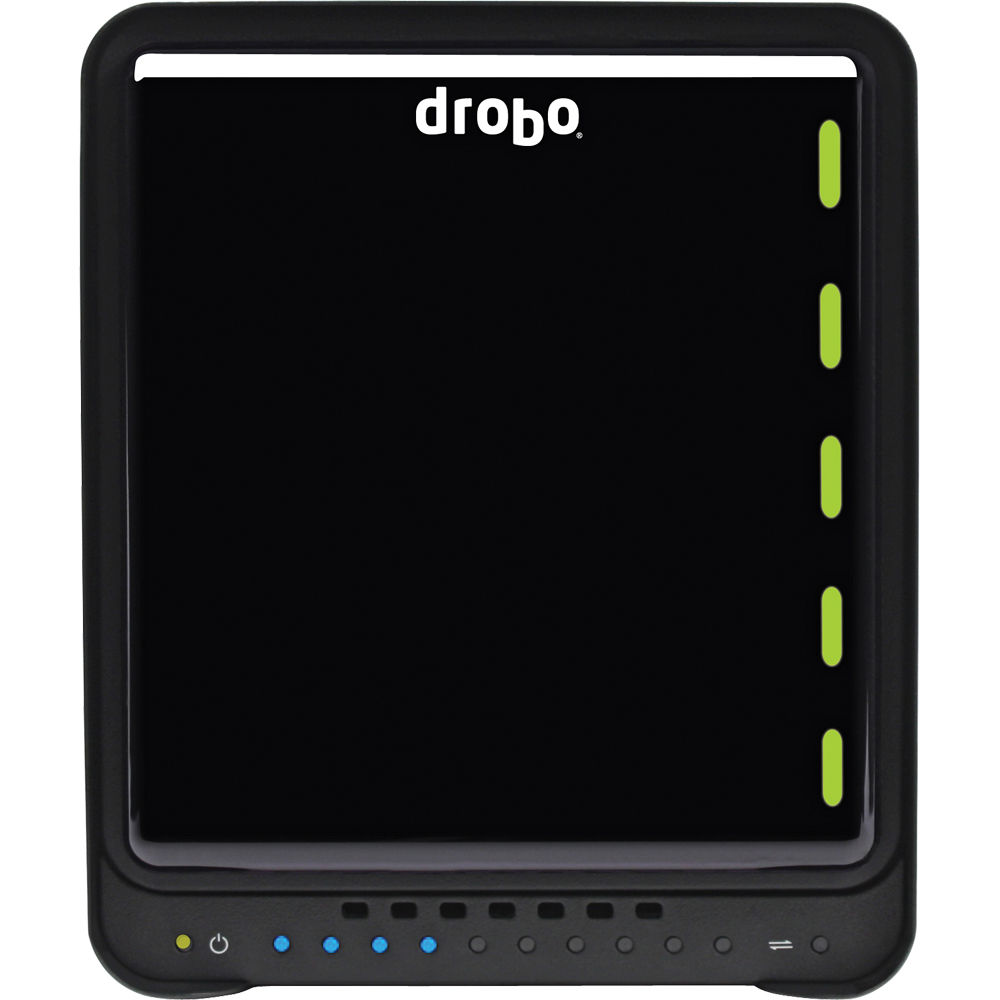